March 10, 2014
Tis the season…
Rugby is here and its his last year!
Scott has been playing rugby while attending BYU and he has enjoyed every year.  I admire him for the dedication he has for this team and all that he sacrifices.  It is a lot of work, especially while going to school and and having a social life.
If it weren’t for rugby Scott and I might not be where we are now.  When I moved down to Utah for my student teaching I was looking for things to do, and after the first time meeting Scott I might’ve had a little interest in him.  Then, learning about him being on the team, I knew that I would have something to do for the summer.
Having something to do was a huge relief.  I didn’t have friends down in Utah so at least having something to do would keep me entertained until I met a few people.  Who would’ve thought that I would meet the man of my dreams by going to rugby games.
Now I sit on the sidelines cheering him on and being his paparazzi from time to time.  Here is a glimpse of what I see most Saturdays while sitting on the side lines of the rugby field.

Oh and Scotty is quite a celebrity…So far in each game there have been people sitting behind me at some point or another “Hey! That’s Scott Gowdy…He’s so cool!” or “Wait, isn’t that the guy that plays Sid Going in that one video.”  I seriously get a good kick out of it and feel like the luckiest girl to be married to this man – FOREVER! I still haven’t mentioned anything to these people that he’s my one and only…secretly I do it so I can hear them talk about him more.  Wouldn’t you?!

Oh and here he is giving autographs.  Priceless. 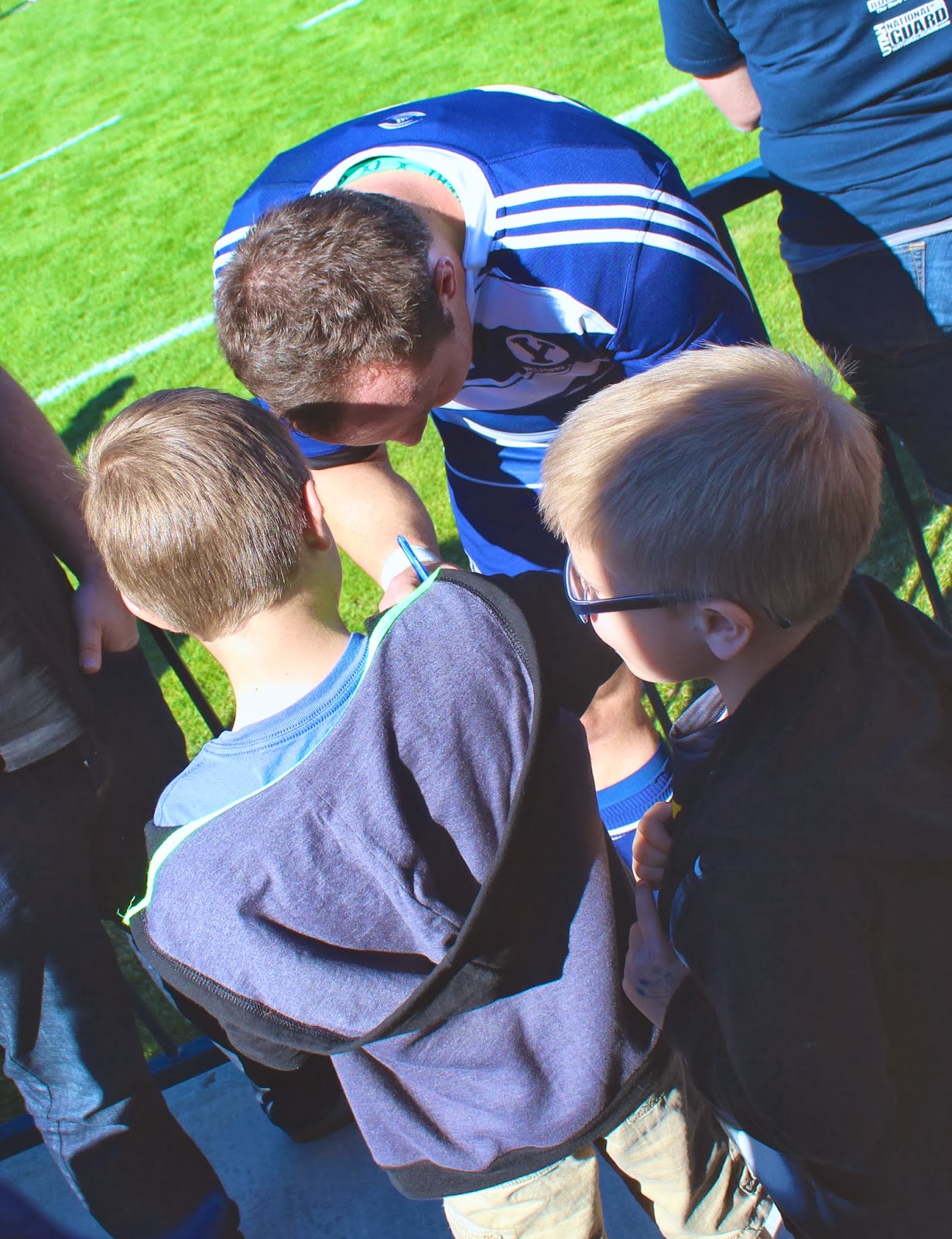 I Love You To The Moon And Back